Spectacular Great Lakes coastlines, Midwestern wilderness of the rawest kind, abundant and visible wildlife—oh, and some of the most snow-clobbered terrain in the country: The Upper Peninsula (U.P.) of Michigan's a paradise for snowshoers, no question.

You could fill countless lists like this with world-class snowshoeing routes in the Wolverine State's rugged northern reach, but we've narrowed down to at least a representative lineup. Read on and start trip-planning for an epic adventure with your foam snowshoes by Crescent Moon!

Some of the wildest and most rugged terrains in the Midwest lies within the Porcupine Mountains of the U.P., where basaltic ridges rise well past 1,000 feet within Lake Superior's view. Often receiving 200 or more inches of snow each winter, the "Porkies," as these ancient highlands are commonly called, give snowshoers the chance to explore some of the largest tracts of primal forest left in the Midwest: More than half of the Porcupine Mountains Wilderness State Park's 60,000-odd acres is in old-growth.

Ambitious snowshoers can strike out into much of the Porkies backcountry, but a fine accessible starting point is the trail system around the Porcupine Mountains Ski Area, including such groomed routes as the Big Hemlock, Log Camp, and River trails. Meanwhile, if you want to clap eyes on the single most celebrated vista in the Porkies—the escarpment-rimmed Lake of the Clouds—you can undertake an extended snowshoe hike up the access road mainly used by snowmobilers. 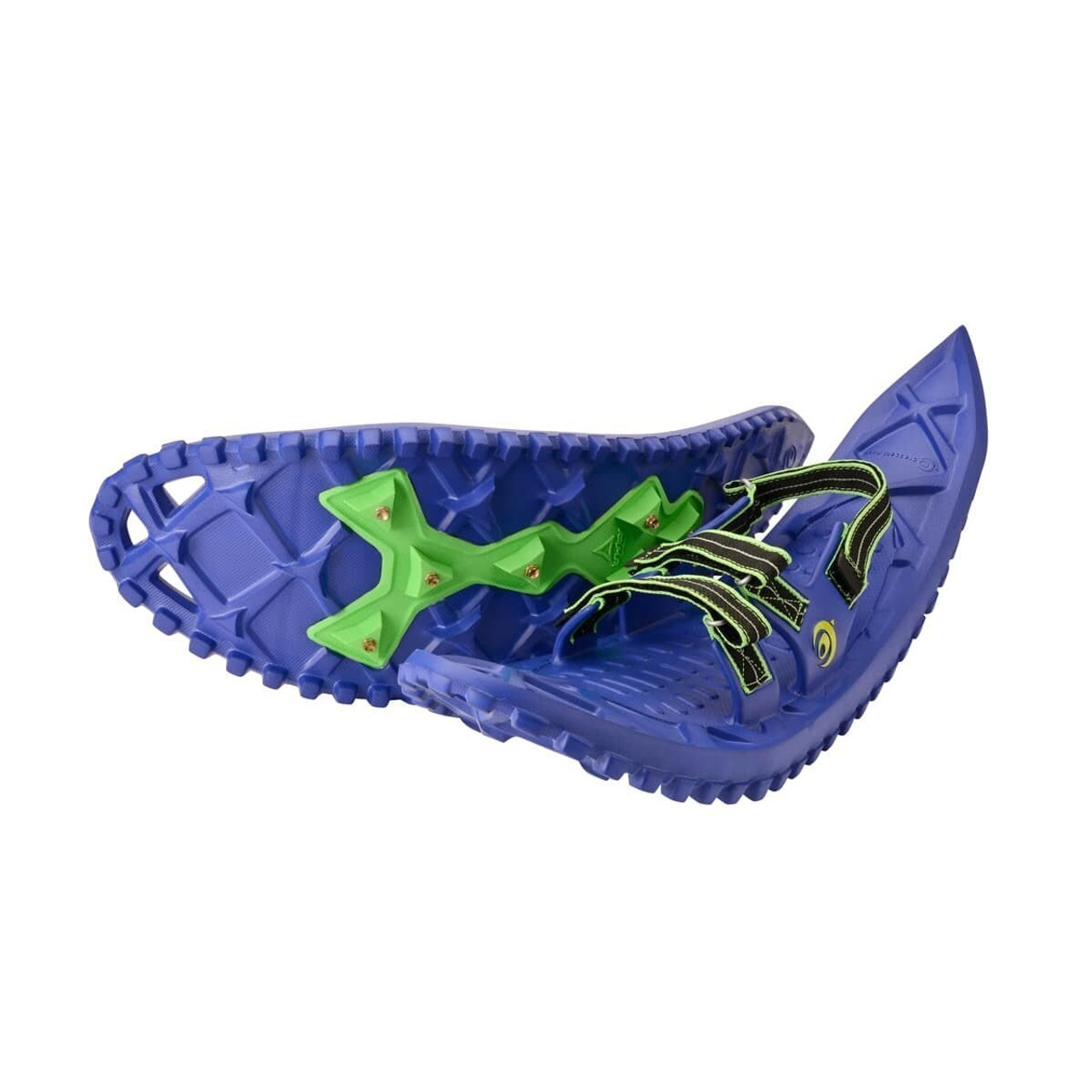 Another nationally outstanding reserve of rare North Woods old-growth lies protected in the 18,327-acre Sylvania Wilderness in the Ottawa National Forest. Ottawa, in general, has just about limitless snowshoeing opportunities. Still, for tracking down deep backcountry solitude, it's hard to beat a winter ramble into the Sylvania, where the deep-drifted cathedrals of centuries-old northern hardwoods, white pines, red pines, and eastern hemlocks come broken by numerous iced-over lakes. Listen for wolf howls as you ramble!

One of the most impressive and best-protected shorelines in the entire Great Lakes basin makes the centerpiece of Pictured Rocks National Lakeshore, which runs for some 42 cliff-, dune-, and beach-edged miles along the Lake Superior coast of the east-central U.P. This part of the state is famed for its prodigious lake-effect snows, which in turn make for quite the wonderland for snowshoers. Most of the National Lakeshore is open to snowshoeing except for the groomed ski trails and the plowed, vehicle-accessible roads. You can crunch along designated hiking trails such as the short one to lovely Munising Falls—one of many cataracts and cascades in the park—or strike out (properly prepared) into the Pictured Rocks backwoods, which include the Beaver Basin Wilderness.

Crescent Moon Foam Snowshoes: Your Passports for Winter Adventure in the U.P.

Our Eva and Luna foam snowshoes are the ideal means to float over the U.P.'s hefty wintertime snowpack: rugged but comfortable, easy-wearing, but up-for-anything. Crouching over wolf prints, measuring yourself against the circumference of a giant white pine, watching the winter sun go down over a Great Lake skyscape: It doesn't get any better than Upper Michigan snowshoeing in Crescent Moons!